Not marking SameAs old occurrences as Ignore is causing a problem. The 3 A’s in a row at 15, 16, and 17 got looked after okay by the code that detects 2 or more S-Habit recognized at the same time. But the CA sequence is not being marked because A is permanent and the C does not get stored in LTM except as a context stimulus and the BA sequence is now being recognized as S-habit #8 and #20.

A possible solution is to store the permanent trigger stimulus in LTM and replace it with the recognized S-habit if the goal stimulus is also permanent. This is equivalent to storing the context (permanent) stimuli in LTM and then replacing them as they collapse due to recognition.

As the context stimuli are stored their old occurrences will be marked as Ignore. This will be okay if the context does not collapse. But if it does the Ignore will have to be reversed. 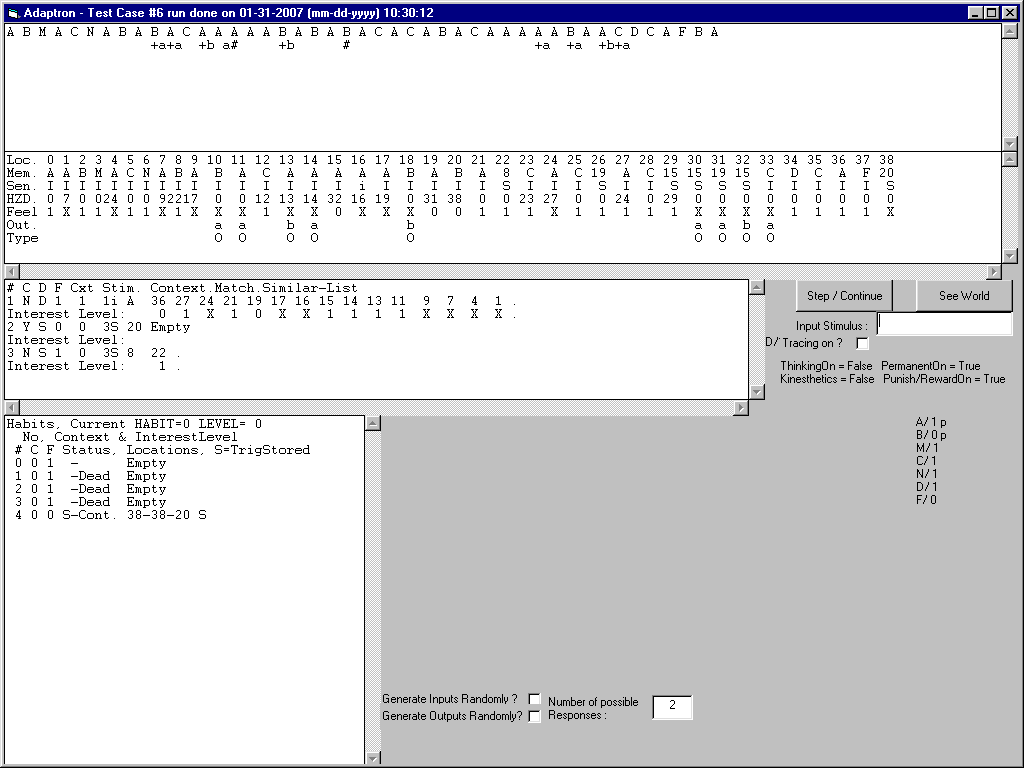