This test case #7 with the new interest scheme shows that if A is not stored when it first becomes permanent then it has a loop problem with repeated A’s.

Another possible interpretation of the situation is that the reflexive response of  b has just been performed and there is no expectation of what will occur next. Thus the next stimulus is unexpected / a surprise and therefore is recorded. 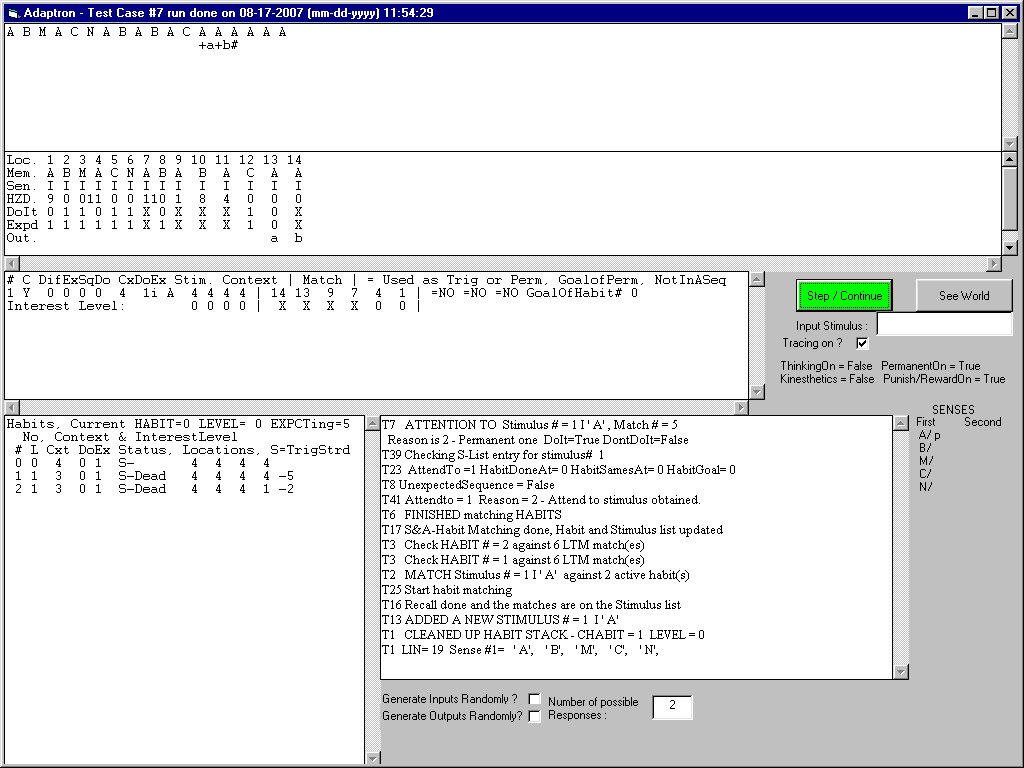