In this test case #6 we have a situation which will store 3 B’s in a row in LTM which does not seem right. The 1st B must be stored because it is the unexpected stimulus after the reflexive output of b. And then we are executing numerous habits composed of series of B’s. B is permanent as is S-Habit #4 = BB. S-habit #7 (4B) and S-Habit #8 (B4) are not yet permanent. All the S-Habits being performed are being done at neutral interest so the attention algorithm picks the 1st stimulus to attend to = B. But the S-Habit #4 has also been recognized, has no redo interest because it satisfied habit 3 which was doing at 7 expecting at 8 = an S-habit#4.

Notice that S-Habit#4 matches at location 42 with a redo interest not neutral. When there are no interesting habits being done (concentration level 0) is it possible that a match redo interest might cause attention to be attracted to a stimulus?

The ultimate goal is to show interest in sequences that are unexpected or rewarding in some way and to repeat them until they are expected or loose their interest. The redo interest of LTM matches is used later after attention is paid to decide whether to start doing or to perform a reflexive response. Maybe it should be used in the attention paying decision.

The S-Habit#4 stimulus had sequential interest but lost its redo interest because it satisfied the 3rd active habit, which expected the 4. This redo interest looks backwards and answers the question Have I experienced this before? Can attention be attracted to a stimulus that has been experienced before (was expected) but has a potentially interesting goal in the future? Provided there is no habit being concentrated on then yes. It is also at this low concentration level that thoughts can attract attention! 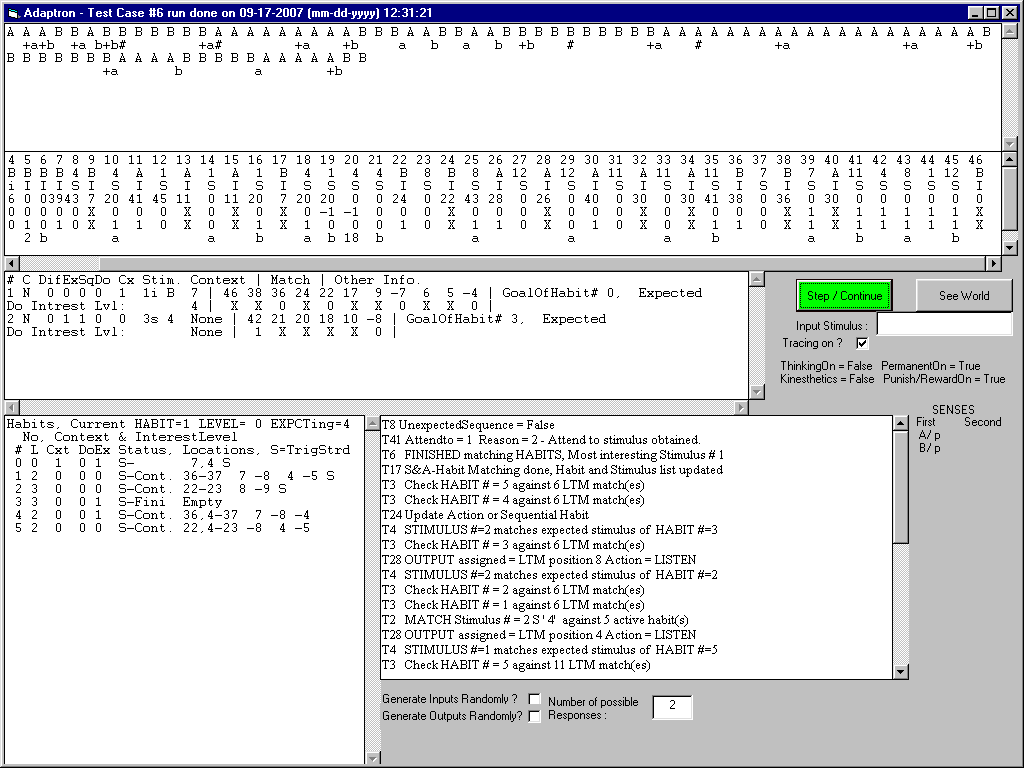